WHY THE ODDS FAVOR ISLAM

Why the Odds Favor Islam WILLIAM KILPATRICK On May 22, an Islamic suicide bomber detonated himself outside a pop concert  in Manchester, England, killing and wounding dozens, many of them young  children. 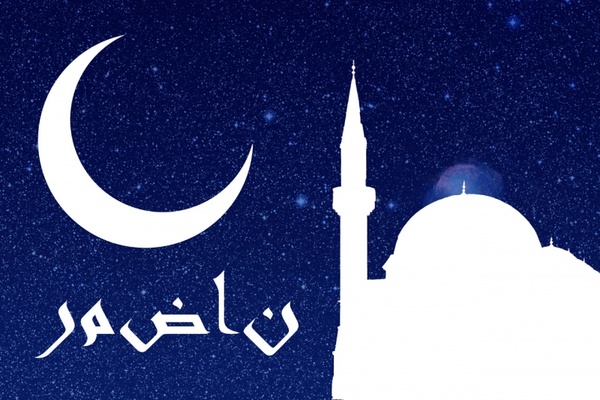 Earlier I said that Europe is being transformed from a Christian culture to
an Islamic culture, but that’s not quite accurate because it’s actually a
three-stage transformation. Much of Europe has already transitioned out of
its Christian stage and into a post-Christian or secular stage. There are
still many Christians in Europe, but Europe’s Christian consciousness has
been largely lost. The next stage is the transition from secularism to
Islam. That’s not inevitable, but it’s likely because without a framework of
Judeo-Christian beliefs, secularism becomes relativism and relativism can’t
offer much resistance to determined true believers.
Back in 2014, Theresa May said “we celebrate different ways of life, we
value diversity, and we cherish our freedom to lead our lives as we choose.”
But if your culture stands for nothing more than the freedom to shop for
different lifestyles, it won’t last long. The contemporary Western
fascination with pop culture highlights the problem. Pop culture is by its
very nature a transient phenomenon. What is pop today won’t be pop tomorrow.
Indeed, the popular culture of tomorrow may very well favor burqas, multiple
wives, and male supremacy. There may still be a place for singer-dancers
like Ariana Grande and Miley Cyrus, but that place would most likely be as a
harem dancer in a Sultan’s palace or as entertainment for a Saudi prince who
has bought up a country estate in Oxfordshire.
It’s hard to beat transcendent values with transient values. That’s
especially the case when the transcendent crowd are willing to die (and kill
you in the process) for their values. Most Brits, on the other hand, are not
willing to lay down their lives for the sake of keeping bacon on the menu or
porn on the telly.

Christianity vs. Two Forms of Totalitarianism

When I use the word “transcendent,” I refer only to a belief in an eternal
life beyond this worldly existence. Quite obviously, as in the case of
Salman Abedi, transcendent values can be twisted. The idea that God will
reward you for murdering innocent young women in Manchester by furnishing
you with virginal young women in paradise is a truly twisted concept. But
apparently it is widely shared in the Muslim world. When, during a World Cup
qualifier in Australia, a minute of silence was called to commemorate the
London terror victims, the whole Saudi soccer team refused to observe it. As
Sheik Mohammad Tawhidi later explained:
In their eyes the attackers are martyrs who are going to paradise. And if
they stand for a minute of silence they are against their Muslim brothers
who fought for jihad and fought the infidels.
As twisted as these values may be, it’s beginning to look as though secular
values aren’t up to the job of opposing them. The trouble with secular
values when they are cut off from their Judeo-Christian roots is that they
are arbitrary. Autonomy? Dignity? Equality? Says who?
“If there is no God,” wrote Dostoevsky, “everything is permitted.”
Secularism has no God and, therefore, no ultimate standard of judgment. The
end result is that each man becomes his own god and does his own thing—even
if that “thing” involves the exploitation of childhood innocence. Islam, on
the other hand, does believe in God, but not the God Dostoevsky had in mind.
The God of Islam is an arbitrary despot whose commands are not rooted in
reason, love, or justice.
So we have two arbitrary systems vying for control of the West—the soft
totalitarianism of secularism and the hard totalitarianism of Islam. Both
are really forms of slavery. Muslims are slaves of a tyrannical God, and
secular man becomes the slave of his own desires and addictions. It may seem
unthinkable that the West will ever submit to Islam, but many Western
citizens are already in submission mode. Submission to their desires has put
them in a bad spot. As a result, they are looking for something bigger to
submit to—something outside and above their own fragile selves. Some have
already turned to Islam. Many more will unless…
Unless, that is, there is a recovery of the Judeo-Christian belief that God
is a God of love, justice, reason, and goodness—and that we are made in his
image (a concept which does not exist in Islam). In the context of that
vision, belief in human dignity and the rights of man is thoroughly
justified.
People who believe that they and their neighbor are made in the image of God
will generally have a strong sense of their responsibility to act
accordingly. Such people will be far from perfect, but they will at least
realize that it is wrong to submit both to Islam’s warped image of God and
to secularism’s degraded image of man.
In the end, the choice for the West is not between Islam and pluralistic
secularism. A rootless secularism will almost certainly submit to Islam. The
only real hope for the West is the recovery of the faith that once inspired
Christians to build a beautiful church near Albert Park in West Didsbury,
England.

Posted by Humanist Society of Gainesville at 9:48 AM 5 comments:

The Brain on Religion

We Are Our Brains: A Neurobiography of the Brain, from the Womb to Alzheimer’s